Tag: from crisis to collapse

Another Sunday gig at the Cambridge Hotel and another early start. Not a huge issue in and of itself, when the venue fails to list the correct start time on its own website until late into the afternoon of the show and you aren’t surprised when the bands on show tonight are playing to far fewer people than they would normally.

Sadly, one of Newcastle’s brightest new bands Take My Soul only plays to a couple dozen punters just after 4pm. Despite the lack of bodies, the modern, down-tuned, 7-string-wielding five-piece brings all the riffs as well as some stupidly tasty, crystalline clean parts that provide the perfect balm to the brutality of the heavy stuff. Their new EP is definitely worth checking out.

Melbourne’s BLKLST is on stage next and the crowd is still thin on the ground, but the four-piece make a huge racket for a single-guitar band. Self-proclaimed as a nu-metal/hardcore hybrid, they’re pretty on the money, with the band’s singer showcasing some moves and vocal influences very reminiscent of the late 1990s scene that spawned bands like Korn, Limp Bizkit and so many more. Super tight, the bass player offers some sick backing vocals, too. Definitely worth a watch.

From Crisis to Collapse is next to inflict their aural assault onto the growing crowd. Based in Byron Bay, the five-piece wasted no time laying waste to the audience with Technicolor bogan front man Angus Carter seemingly equal parts mental and brutal. While his on-the-edge-of-sanity persona is enough to grab your interest, the group’s riff-laden song list does the rest, with more meat on the bone than your local butcher. Sadly their fleet-fingered lead guitarist is lost in the mix during lead breaks.

When Superheist reformed in 2016, fans were suitably stoked to see the beloved metal/nu-metal band back on stages around the country. Back in the early ’00s, their albums reached into the Top 20 thanks to some cunning pop-sensibilities and excellent song writing.

So while tonight’s crowd might be there in part due to a strong sense of nostalgia, it’s not all down to their back catalogue. The set list is peppered with new tracks that are every bit as catchy and crushing as the old stuff – perhaps even more so, given their use of 8-string guitars for an even more guttural approach.

While guitarist and brainchild DW Norton might be the only mainstay in the band from its heyday, the current line up proves full of energy and presence – particularly singer Ezekiel Ox (Mammal) who spends most of the set out in the middle of the crowd.

We’re assured that this won’t be the last Heistfest and with a line up of bands like this, we can’t wait for the next tone.

Finally, Alaska’s 36 Crazyfists launch onto the darkened stage. Calling the Cambridge main room half full would be optimistic, but those present are all enthusiastic to see the veteran four-piece in action – at times a little moshing can be seen splitting the crowd into two halves.

Around since 1994, the band’s catalogue has been consistently strong and drummer Kyle Baltus (a member since 2012) absolutely pounds the skins tonight, providing the perfect basis for some tight, intense performances. They may have been the most mainstream-sounding of the line up tonight, but there are enough punishingly heavy moments to make everyone happy.

Singer Brock Lindow must have cooked himself tonight, wearing a Parka for at least the first half of the 13-song set. His voice sounded great in the more sung parts, but proved a little raspy in the heavier sections. Guitarist Steve Holt really shined there, providing a mean roar when required.

This reviewer thinks the Cambridge has some responsibility for this gig’s small audience. With a University-oriented weekly show called ‘Sunday School’ happening from around 8pm, the venue clearly wants to have its cake and eat it too. Only problem is that they haven’t done enough to inform everyone else.

The fact that their own website listed ‘Doors at 8pm’ until mere hours before the event had to impact attendance and the bands are the ones that suffered. Otherwise it was a great show full of strong performances and you should definitely pencil in the next Heistfest for 2020. 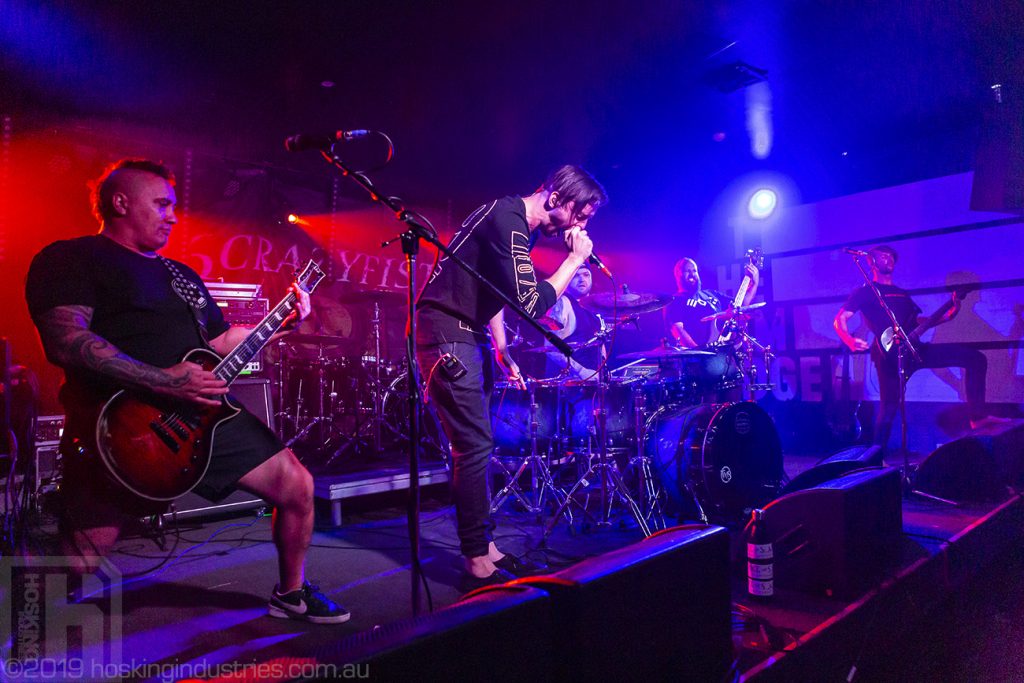 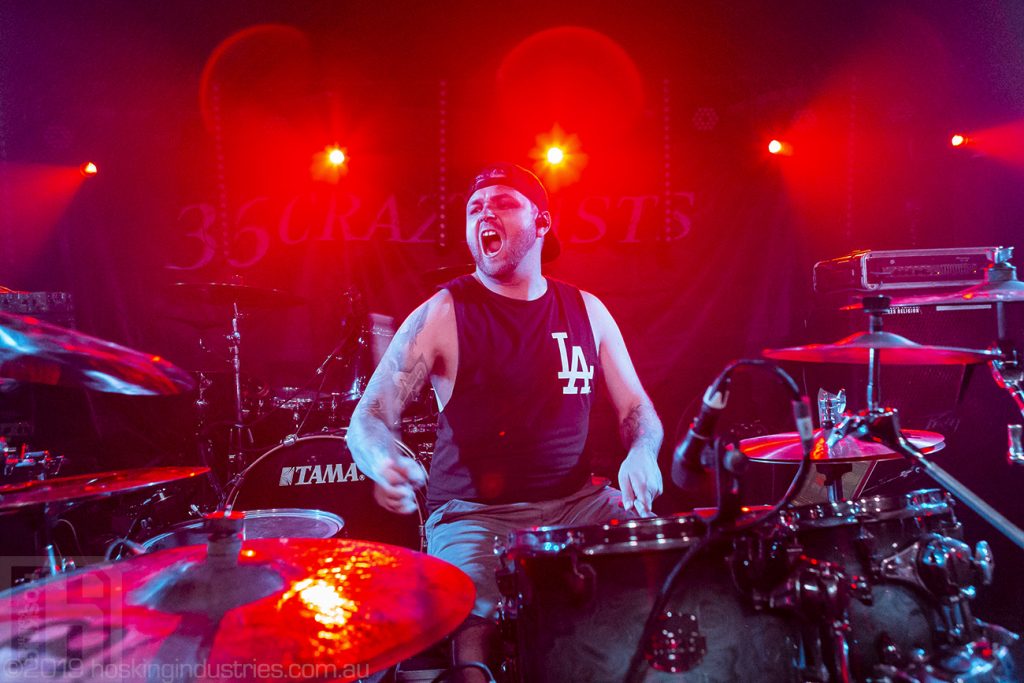 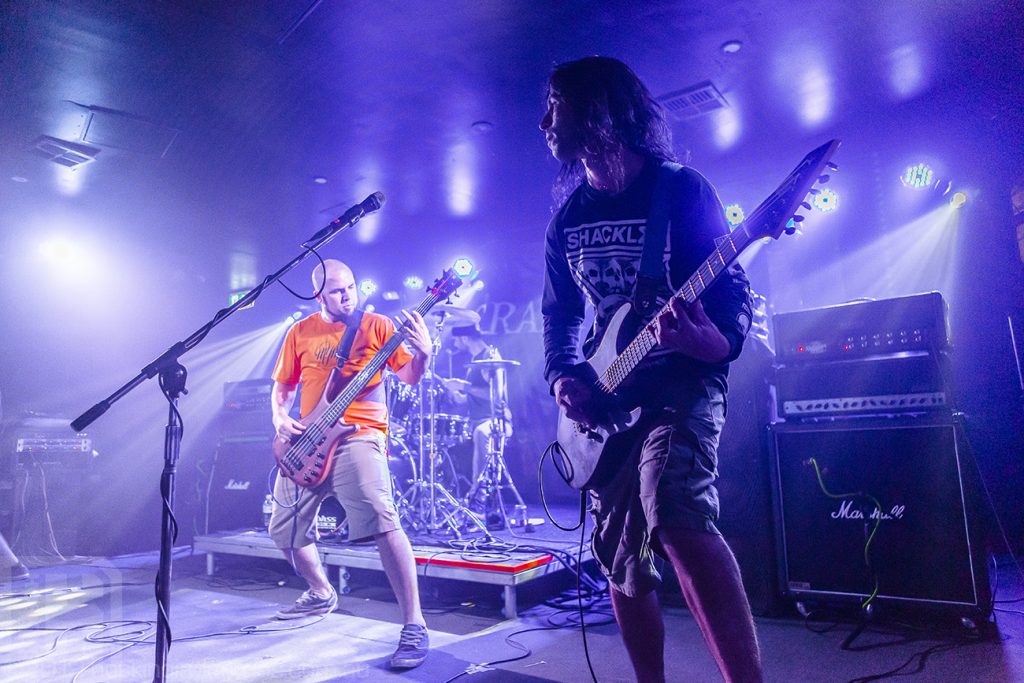 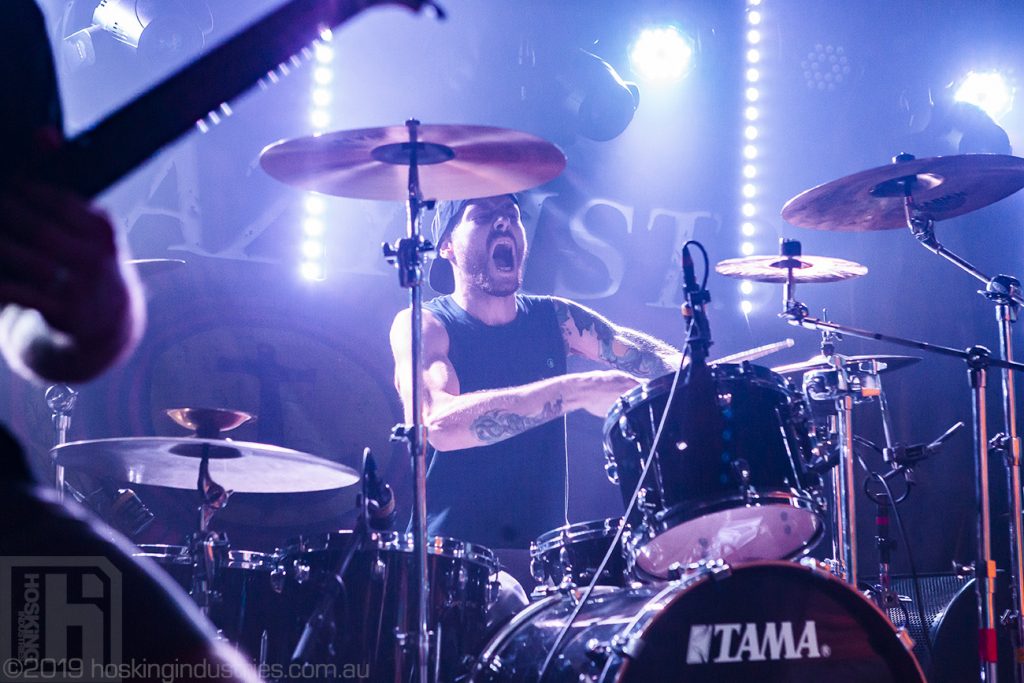 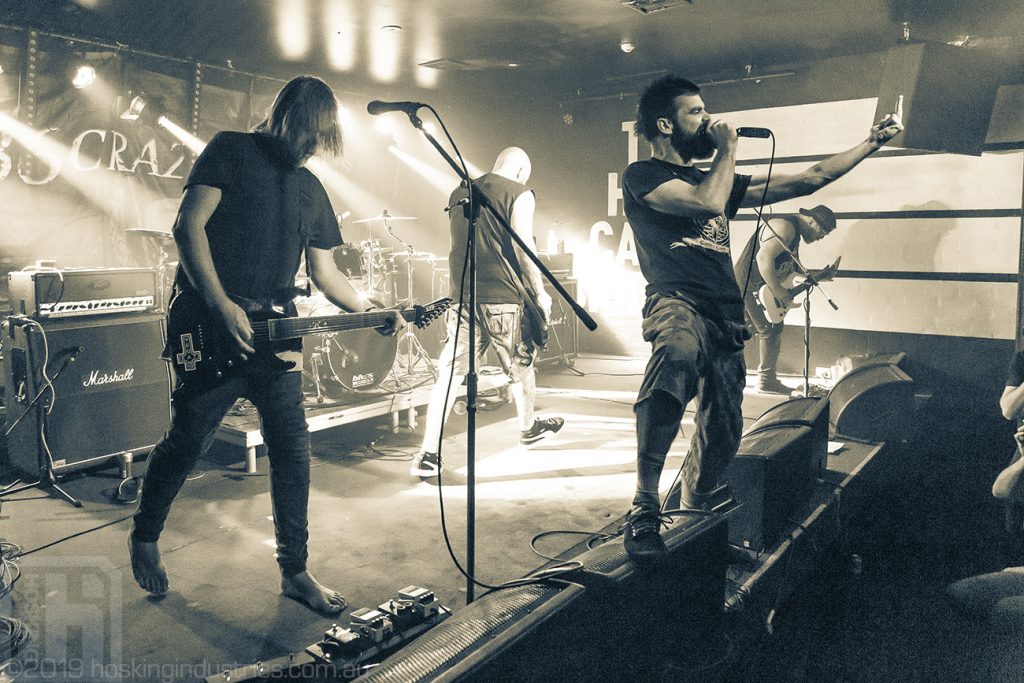 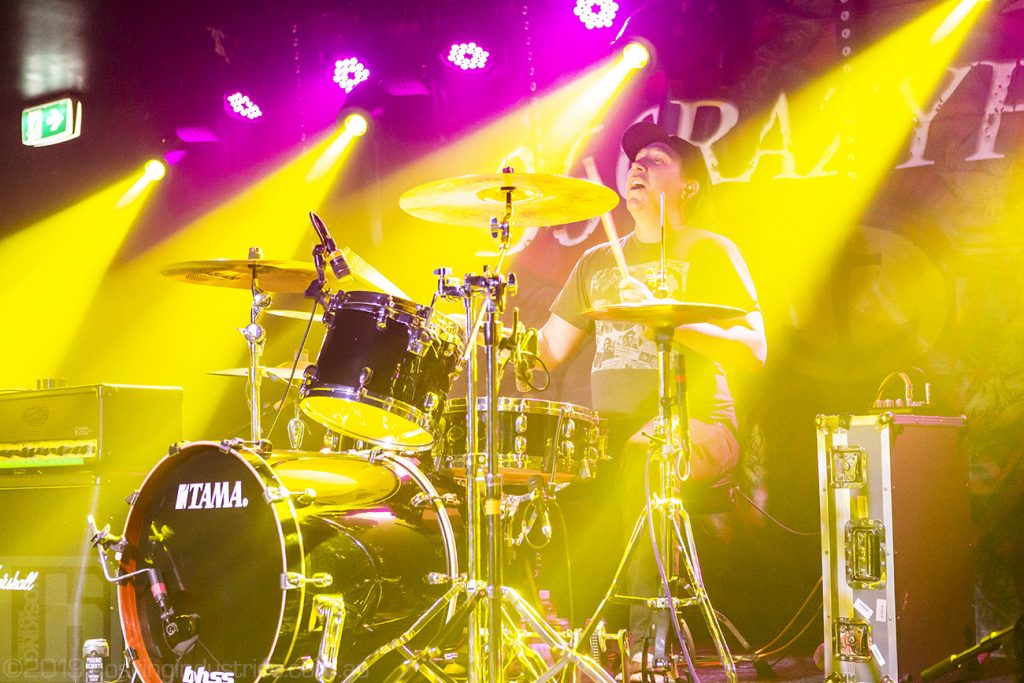 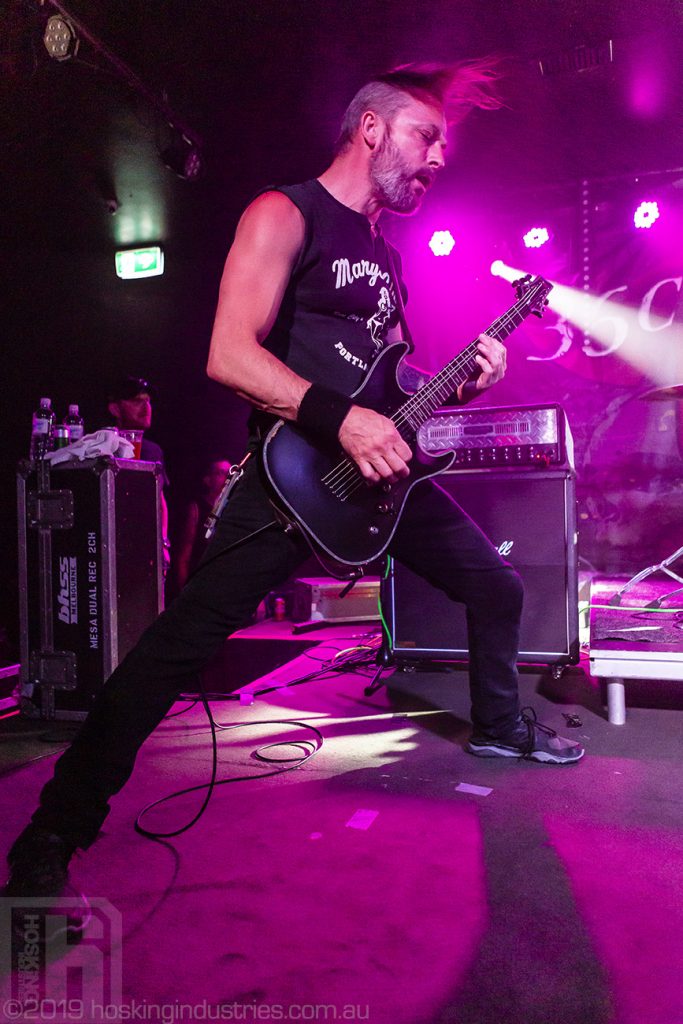 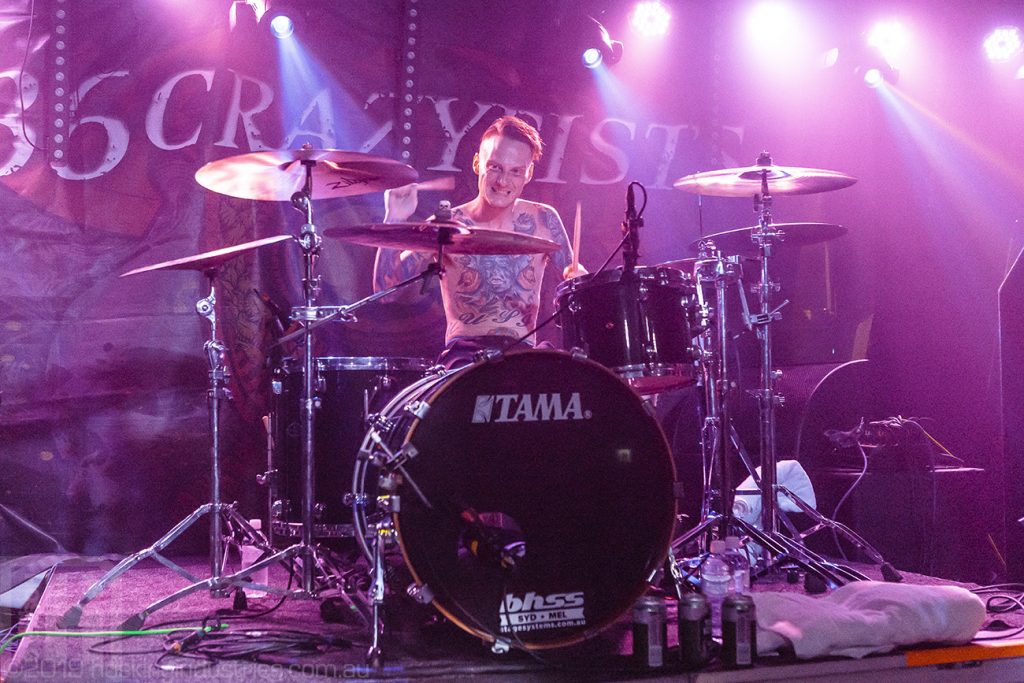 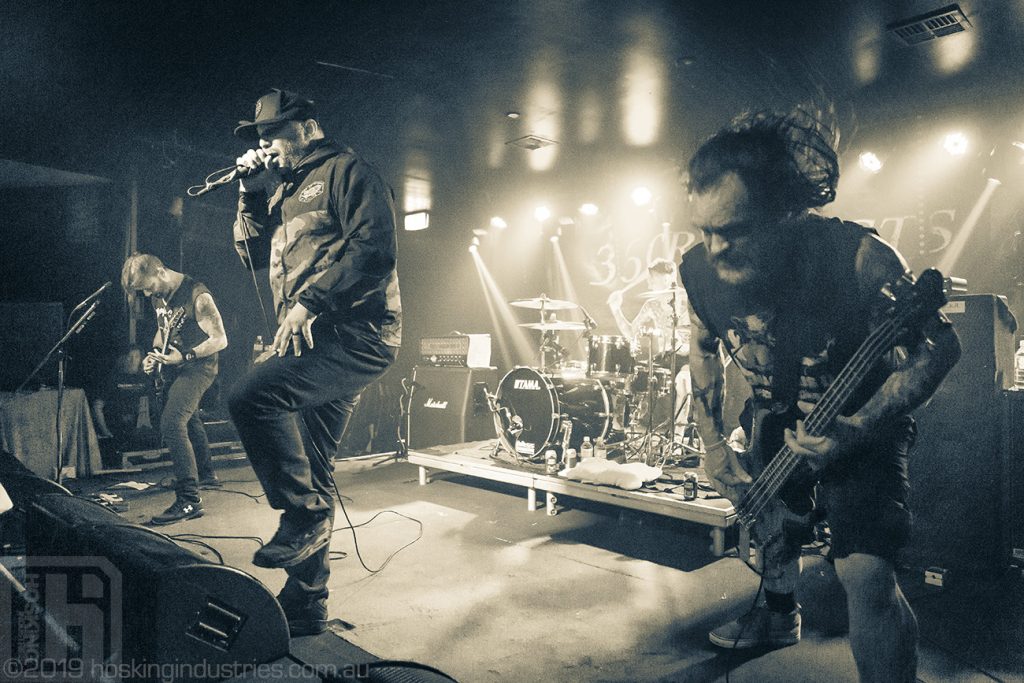